Published: Friday, January 30, 2009 11:24 PM CST
Whether you like antiques or muscle cars, motorcycles or pickups, you’ll likely find a vehicle that fits your fancy at the 36th annual Tri-City Street Rods Car Show at Fonner Park this weekend.

More than 100 vehicles from Nebraska, Kansas, Iowa and Colorado will be parked on the Fonner Park Concourse, said Ron Von Behren, show chairman.

“We try to have a new show every year,” Von Behren said. “If someone brought a car last year, we don’t let them bring it back a second year. That way it’s always fresh. It’s a top quality show that people like to be accepted into.”

About 200 owners vied for a spot in the show this year, he said.

He said the show is great for anyone, of any age, who is interested in cars.

In addition to the vehicles — which also include go-carts, classics, street rods and race cars — there will be a NASCAR simulator at Fonner. Visitors will be able to race a partner or the computer, he said. The game is free with paid admission, he said.

Admission covers the cost of putting on the show and charitable donations made by the Tri-City Street Rods car club, he said.

The show will also feature 21 commercial booths selling automobile-related merchandise, such as car parts, memorabilia and clothing, at the show, he said.

The car show was started in 1973 by Charlie Bosselman and a local car club known as The Dragons. After a few years, the Tri-City Street Rods group took over the show, he said.

Now, there are special awards for the various vehicles as divided by categories, such as best paint job, best upholstery and the people’s choice prize, he said. There is also a “Young Guns” award named in honor of Ryan Stewart, an Ord native who died in a fire at Nebraska Wesleyan University in November 2006.

Von Behren said Stewart was a car enthusiast and his father will bring Stewart’s car to the show. The award is given to a vehicle owner under age 21 as a way of encouraging the next generation of gear heads, he said. 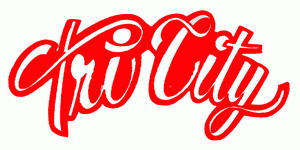